The weather report for the day called for rain. And rain it did. but only sprinkles on and off all morning. The sky looked ominous at times. We had a small tour bus in from Kitchener for a banding demonstration, and the birds and weather cooperated for us. The first RCKI’s arrived at Ruthven today, as did the first SWSP. A few more WTSP put in appearances at the feeders, but none were banded. The Carters dropped off a YBSA , a beautiful male, that had flown into a window. The bird seemed feisty enough, and did not appear to have wing damage, and so we banded it. It did not want to fly when we released it, so Brian was going to keep the bird quiet and attempt to release it later in the day.

All in all it was a quieter day than was anticipated, with only12 birds banded.

Retrapped: 1 SCJU, 4 BCCH, 1 SOSP. One of the Chickadees is a frequent visitor that we have captured 19 times!

Despite a gloom and doom forecast of rain it was a dry morning at the park. A few spits but only enough to spot the catwalks now and then. The first measurable rain did not occur until after the last net was tied up. Then only 0.3 mm (0.01″) Not as many birds around as on the 11th. GCKI seem to have almost completely disappeared. 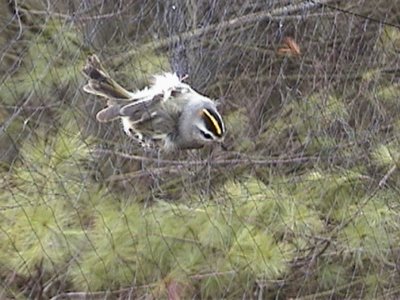 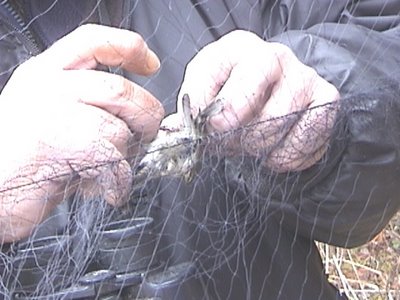 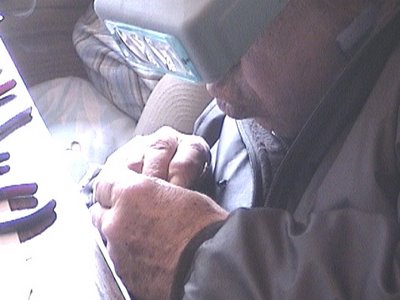 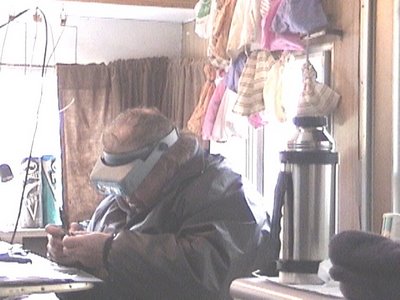 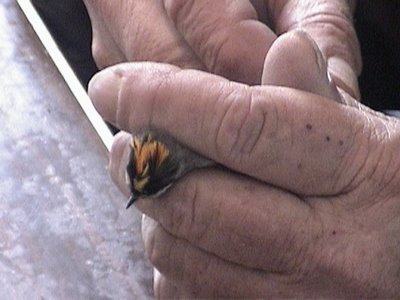