Selkirk
The 1/2 dozen or so ATSP that have been freeloading at the j-trap did not appear today. Perhaps they finally have gone north. A few birds did move in over night resulting in a fairly good day at Selkirk.

Some trout lillies were out in bloom today. Also seen the first blooming early buttercup of the season.

Years of banding tends to pervert one’s perceptions. Here I am, opening the nets under a waning half moon, the skies clear, the sun about to burst forth into another glorious day and I’m thinking: “Damn!!!…nice weather again. No birds!” I’ll bet I was the only person in southern Ontario with that take on the day.

There was some consolation however. There was a brilliant male Pine Warbler calling along the edge by the cement gate posts. (Sounds like a melodic Chipping Sparrow.) Its bright yellow breast stuck out 75 m away. There were at least 2 Yellow-rumped Warblers (both males) in the woods behind the cemetery. And there were 2 Red-breasted Nuthatches in the same area – a relative rarity at Ruthven.

Some photos (descriptions appear above the photos):

Waning half moon at opening time. 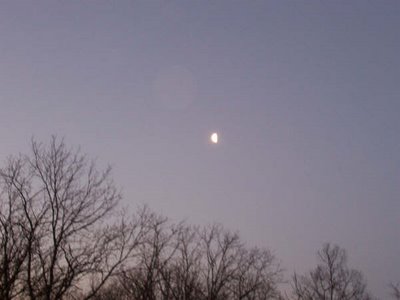 White Adder’s Tongues are beginning to blossom at Ruthven. 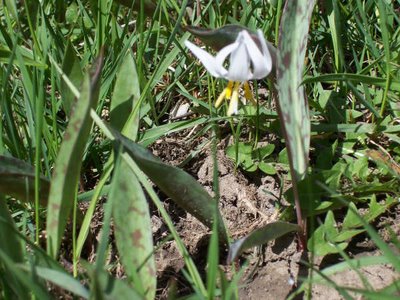 Linda Jackson – the front office ‘animator’ (this is the new word for the person that makes things happen). Linda keeps all Ruthven’s balls in the air….so to speak. She is bringing food to the bander as she has come to understand the strong positive correlation between victuals and bander happiness. Note the environmentally-friendly golf cart. They do have bicycles for getting around on the grounds but…evidently you have to pedal them. 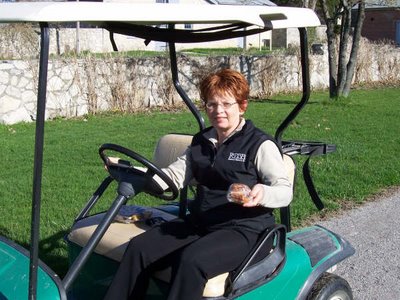 A carpet of Spring Beauties emerging in front of the Historic Mansion. 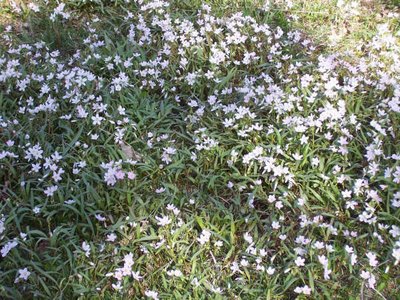 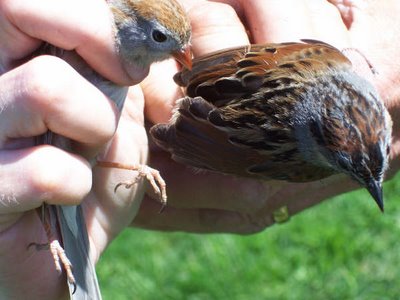