I was only at the Ruthven Banding Station long enough to close (hmmm…how DID I get stuck with that?) but in that time there was a brief fallout of birds which included a number of seasonal firsts. Bay-breasted Warbler, Blackpoll Warbler, Mourning Warbler, Canada Warbler, & Scarlet Tanager finally made an appearance at the park, and Rick saw a Green Heron to top it all off.

I found only 2 ticks on my head on the way home, which was cause for much celebration (although possibly not for the passing motorists I flicked them at).

The RCKI was unusual in that it had fluffy plumage and a few orange feathers coming in where the ruby crown will be. Possibly an L, a sick bird that lost many feathers, a genetic mutant? I don’t know. Wear on the central rects was extreme but otherwise they and the primaries looked “normal”. Any comments? (See the photos below)

A few photos of the weird Ruby-Crowned Kinglet. 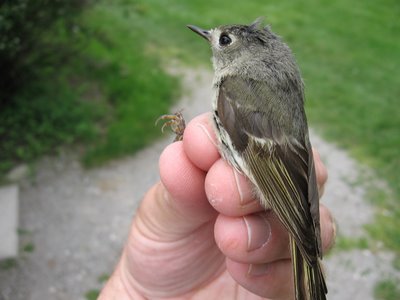 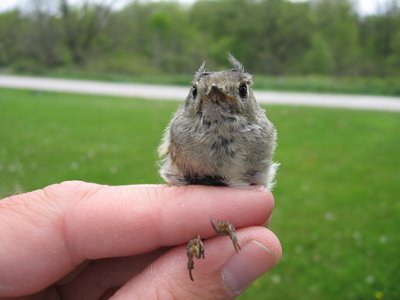 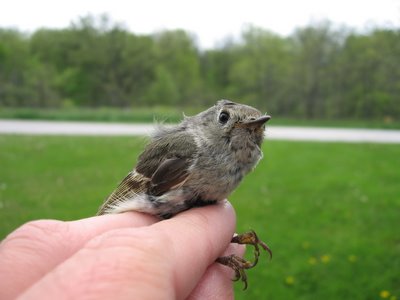 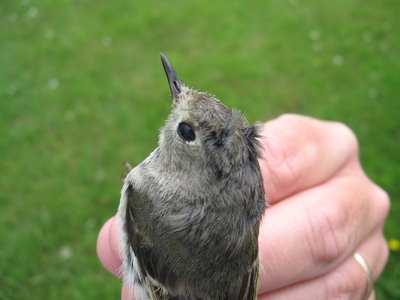 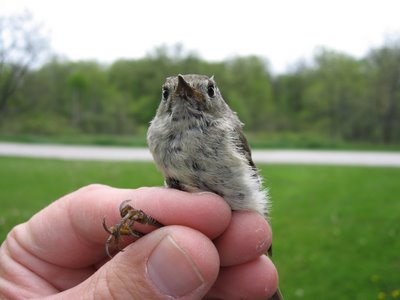