Here are the photos that were promised a while ago. It seems that blogger will no longer let me upload the very large photos that I have uploaded in the past, but at least it is still letting me upload photos. The first bunch were taken at Ruthven on September 16th, when the McMaster Biodiversity students were visiting.

(Photo captions appear above the photos).

The first Tufted Titmouse of the fall was spotted on September 16th. None banded though. 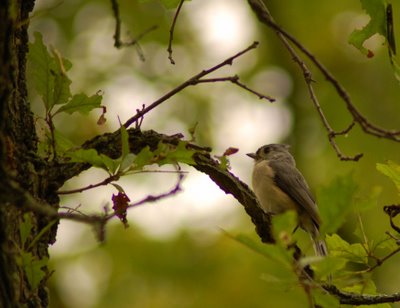 A Wood Frog, spotted by Peter in the forest near the river. 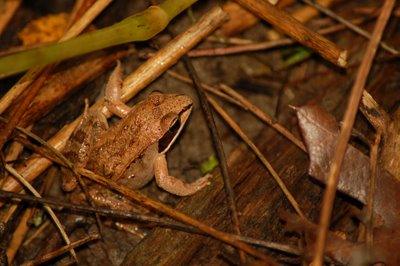 On Satuday the 16th a Ruffed Grouse flew into a window of the mansion at Ruthven. While the Grouse won the battle between it and the window, it certainly didn’t make it through unscathed. It’s a good thing these birds spend most of their time on the ground. 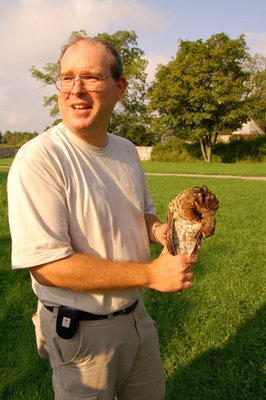 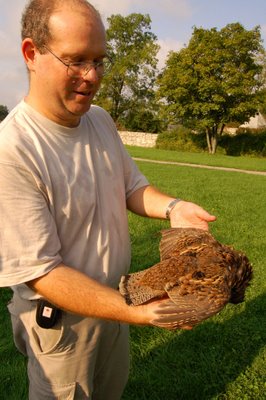 One of the visitors holding a Black-and-White warbler. 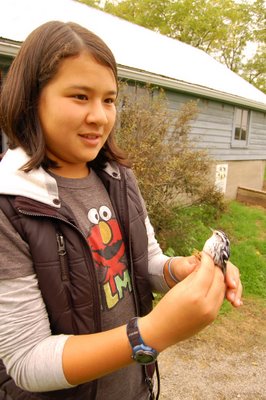 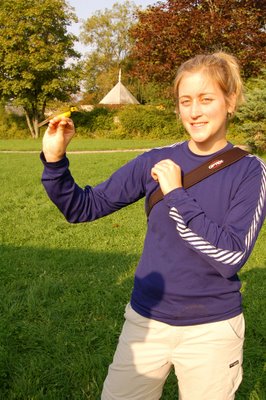 A better look at the Hooded Warbler, a nice looking male. The feathers on his head are messed up because he had just been ‘skulled’ to determine his age. 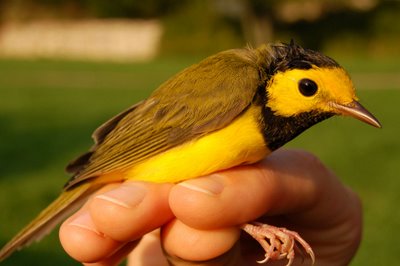 A Black-and-Yellow Garden Spider, found close to the river. 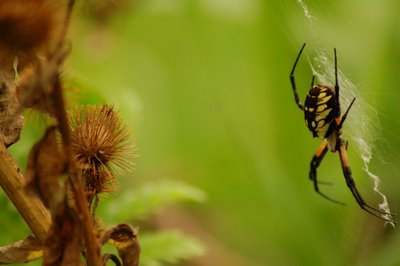 A reader will have to let me know what this guy is. 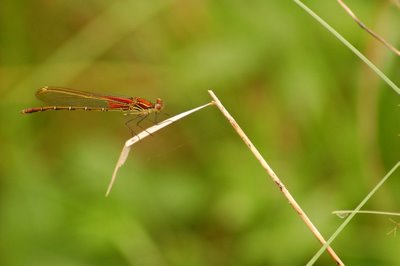 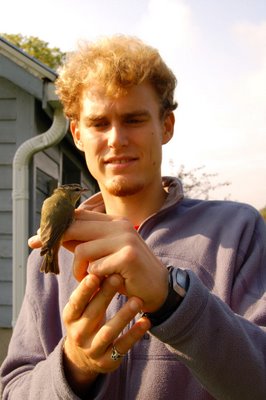 Brian found this little Snapper close to the mansion. 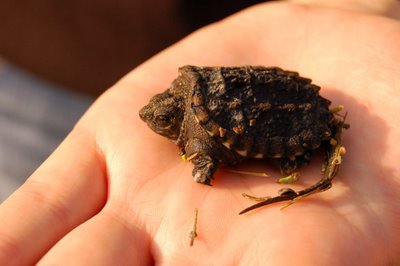 A few new nets were setup on Saturday, with the help of the McMaster students. The one on the ground is the old one; notice the color–the nets turn a light brown after sitting in the sun for a while, and then only the stupidest birds fly into them. 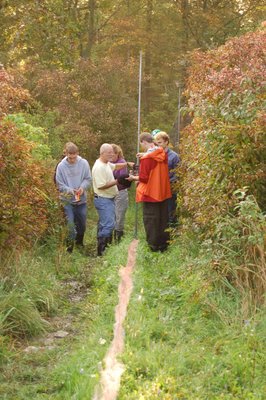 Peter and Mitch found a large stand of Woodland Goldenrod in the south woods at Ruthven. 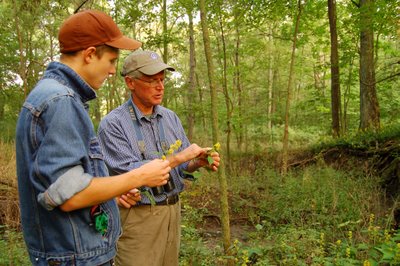 One section of that large stand of Woodland Goldenrod (there was much more). 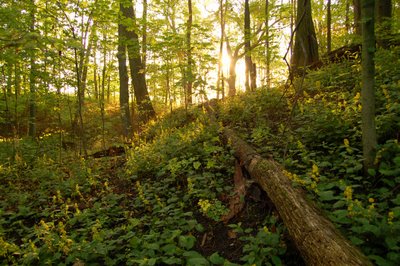 The following photos were taken at Selkirk, using the camera that Haldimand Bird Observatory won a few years ago for its efforts in the Baillie Birdathon.

I’ll let the readers identify this bird (leave a comment, and don’t be shy). First person to leave the correct response wins nothing. 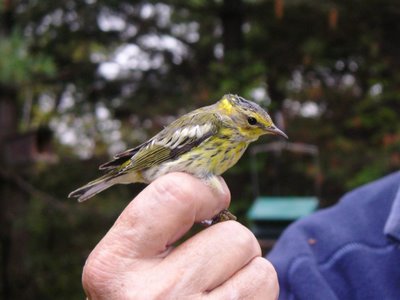 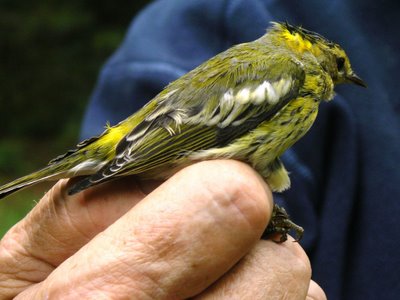 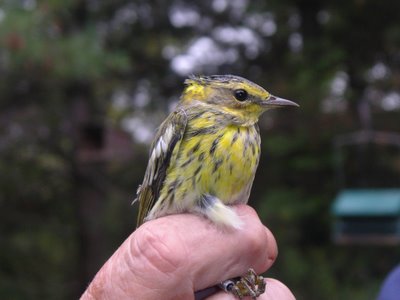 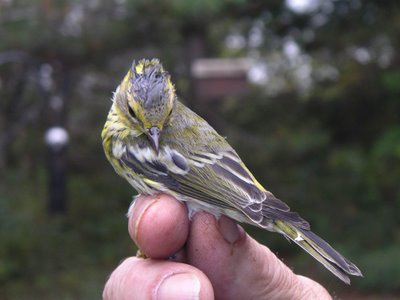 1 thought on “Photos from September”