I just recently returned from Southampton Island – at the northern end of Hudson Bay. I spent 3 1/2 weeks working on a project at East Bay Island, the largest Common Eider colony in the Canadian Arctic with ~5,000 breeding pairs. We caught and banded 500 birds (mostly COEI’s but also a few King Eiders). To catch them we strung salmon fishing nets, 100 m. long, on a cable strung between two 10 m. poles. As well as an aluminum band, we also attached coloured Darvic bands with numbers/letters on them for identification in coming years. As well, the females were afixed with coloured nasal tags so they could be monitored throughout this breeding season. [They sit continuously on their eggs except for a brief sojourn to the central pond for a drink.] These nasal tags are attached with a UV sensitive filament that will disintegrate, releasing the tags, by the end of the breeding season.

I spent one glorious day in a helicopter investigating the NE coast of Southampton Island, some large islands just north of it (White & Vansittart Islands), and Lyon Inlet on the Melville Peninsula looking for gull colonies (made up mostly of Thayer’s Gulls with a few Glaucous Gulls).

I have included a few pictures to give you an idea of the country.

East Bay Island, Southampton Island, from the air – site of the largest Common Eider colony in the Canadian Arctic. 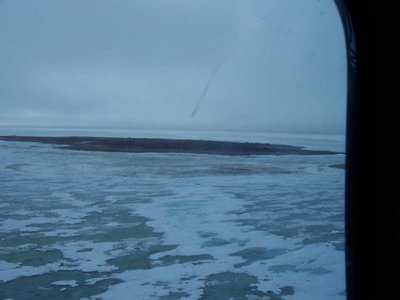 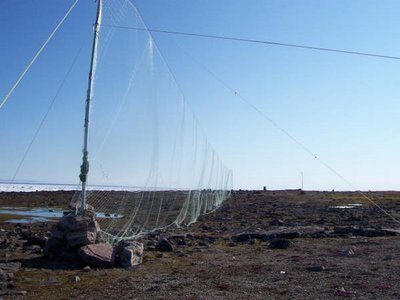 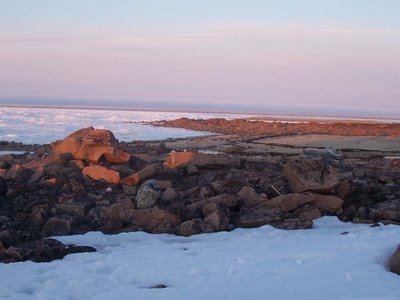 3AM, time to get up for banding. 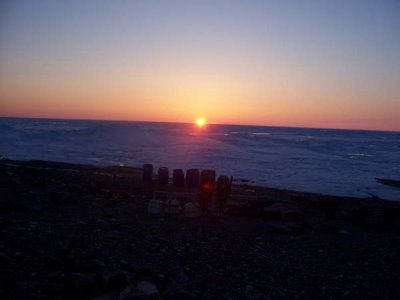 Topography of the mainland of Southampton Island in the area of East Bay – excellent habitat for shorebirds, Sabine’s Gulls, Arctic Terns, Red-throated and Pacific Loons. 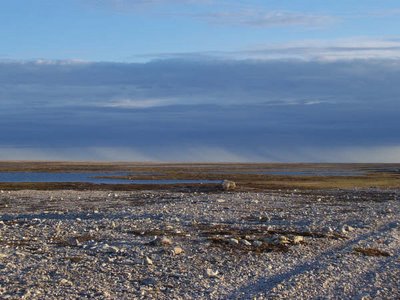 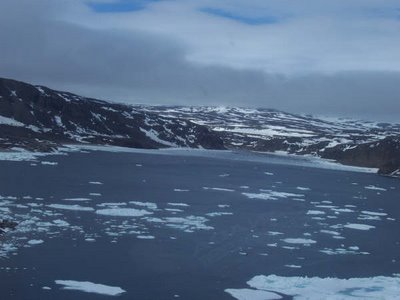 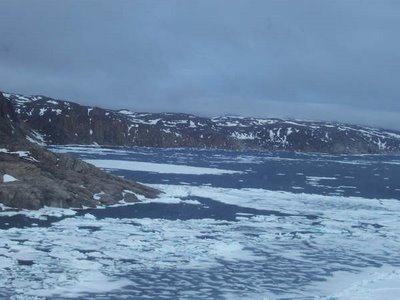 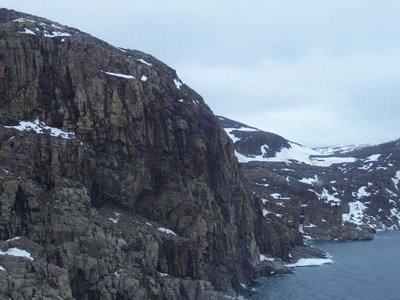 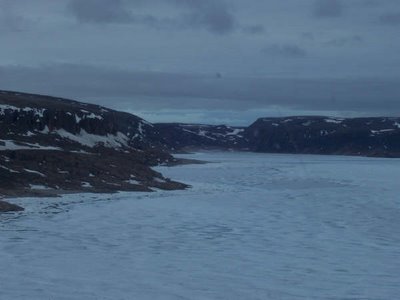 Interior of the kitchen/dining tent. Note the propane stove. 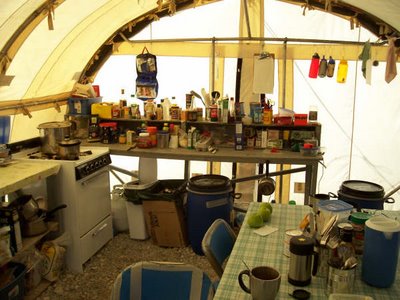 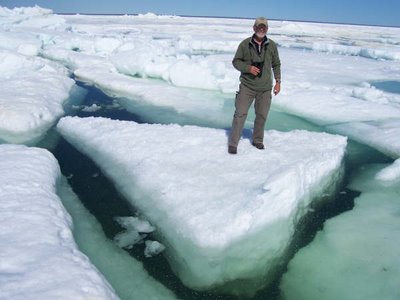 Polar Bear – it was stalking 2 caribou that had wandered out on a spit of land sticking out into the ocean. 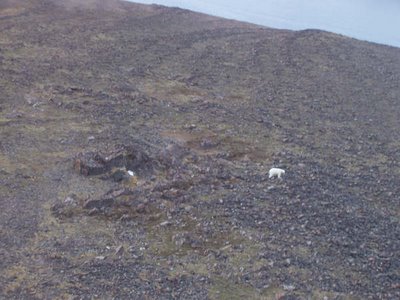 Pacific Loon – agitated by our closeness to its nest. 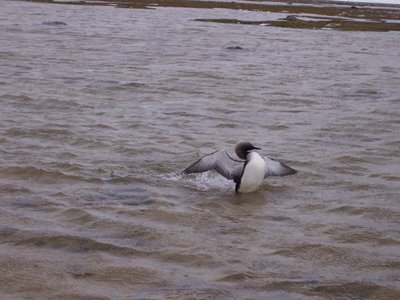 Sylvia Grinnell River and Park – just outside of Iqualuit. Rocky areas were home to Northern Wheatears. 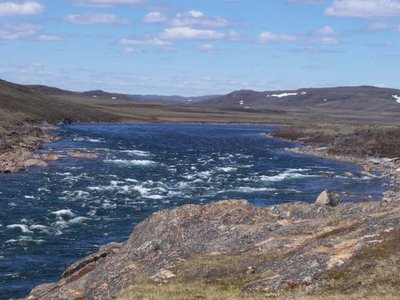 Sylvia Grinnell River – above the falls. 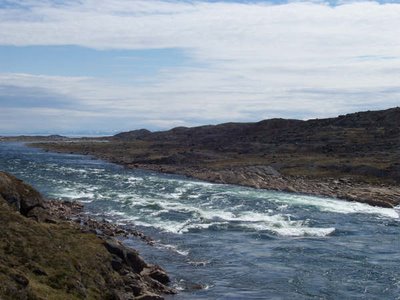