Please let me know what you think about having all the bird species’ names typed out completely, rather than seeing AOU codes. Good, bad, indifferent….let me know. (Use the comment function).

I have some more pictures from this past Saturday at Ruthven which I haven’t had a chance to post. Perhaps they will come tomorrow.

A cool windy day with some sunny breaks Which to some extent did help dry the ground up a bit.

Not a bad day banding wise:

John Dickie is just back from a week moose hunting at his ranch near Haliburton. John advises that there are flocks of 50+ BCCH roaming around his property. Not sure if this is normal for up there or is there a late influx brewing???

The forecast for today was not encouraging so I did not get up until 5 am and noticed it was raining here at Jarvis. Continuous checks all morning and into the after noon were all the same. wet. wet wet! So it was with great surprise that I get a phone call from one of my subs who had spent the morning banding. According to him there were short showers but for the most part it was dry banding!!!!!! He even tried for NSWO for an hour in the predawn.

It was a perfect banding day at Ruthven – windless and overcast. It was very quiet along the edges when I was opening so I thought that, perhaps, the birds didn’t know this. But…they just quietly threw themselves into the net without the early morning fanfare.

Some photos from Saturday: 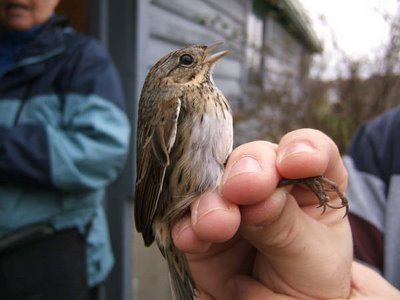 Comparison of a Hermit Thrush(left) and a Gray-cheeked Thrush (right). 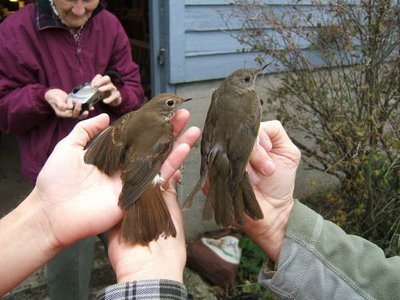 A Carolina Wren, Ruthven’s first of the year. 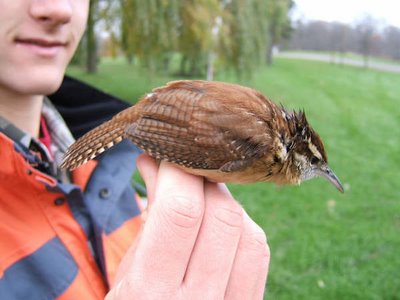 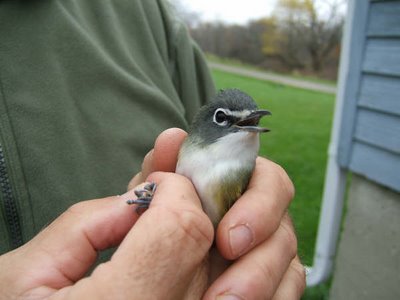 Saturday was a great day for Fox Sparrows at Ruthven (from the bander’s perspective, and perhaps not the sparrow’s). 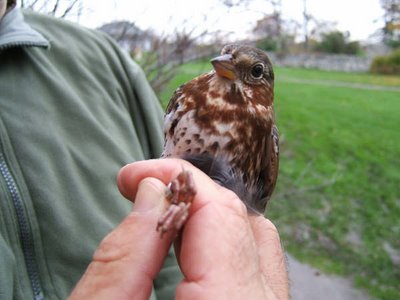 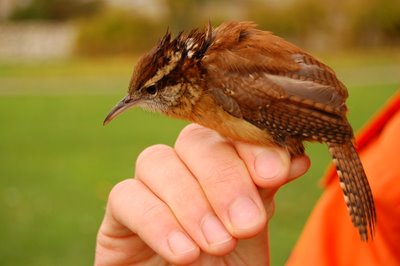 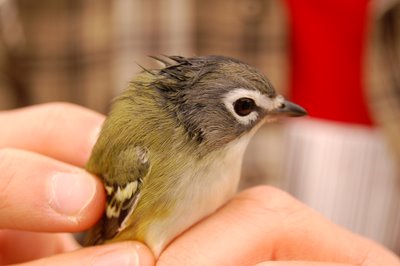 Another comparison of the Grey Cheeked (left) and Hermit Thrush (right). 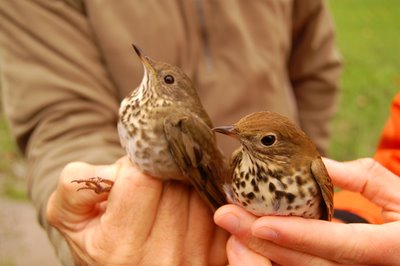 Mitch and Loretta working on banding a Carolina Wren. 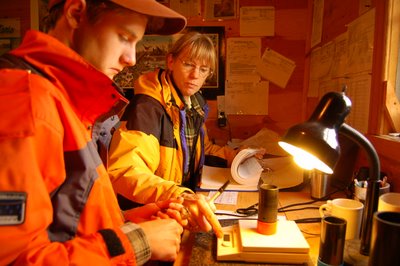 We were back at it in Selkirk this morning after taking yesterday off as a rain day. No great masses of birds descended on us but it was steady.