It was a beautiful cloudless morning at Ruthven. And, like Selkirk, lovely weather in April usually doesn’t result in very good banding for us. And so it went today.

Four COLO’s went over this morning – all early. The two at 6:10 were heading due north; the two at 6:27…well, one was headed north and passed another heading south.

The pictures are of Georgian Bay in the Tobermory area. I took part in our annual family backpacking trip over the weekend. I encountered (either saw or heard) a number of loons in these waters. Nice to think of the birds passing overhead making for these waters. It’s probably just a staging area though as most will be heading farther north. 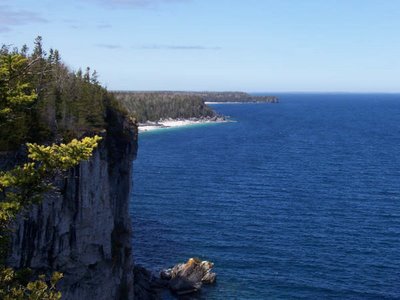 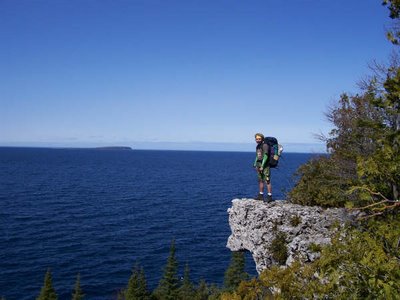 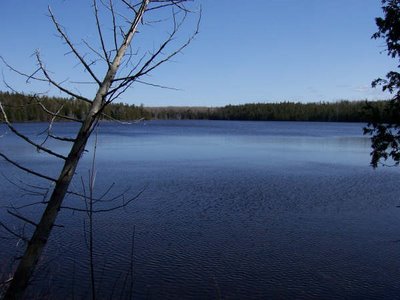 Another nice day but again no small passerines in the banding area. A few birds moved in late in the morning to at least make the day worthwhile.