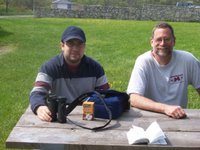 Mother’s Day! And the banding boys were feeling it. Jeff MacLeod (on left in photo), originator of this blog, talked about the physical beatings he suffered at the hands of his wife Amanda (aka Atilla) whenever the alarm went off to signal the start of the banding day. At this rate, maternity might be out of the question. And Jim Biggar (on right in photo) was anxious to get away early, feeling he had to make dinner for his wife…or else.. when really this was the children’s job. Our sage advice to tell her to just suck it up – IT’S NOT MY RESPONSIBLITY – and keep banding went unheeded.The hold women have….

A very different day from yesterday – much less action at the nets and fewer birds around generally, which accounted for the time to sit around and ruminate about the above.

One of these Baltimore Orioles had made a potentially lethal mistake. It had got its unbanded leg wedged in a tight loop of a vine and couldn’t extract it. If we hadn’t come upon it, it would have been taken by a predator. We extracted the leg which was a little scraped but fully functional and released the bird.

The Oriole looked somewhat normal until we were near it. 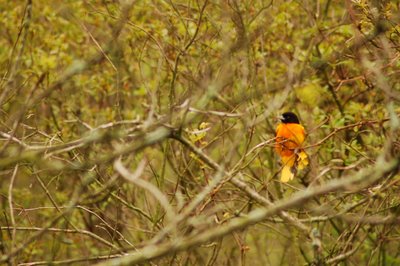 Closer inspection revealed the issue with the leg. 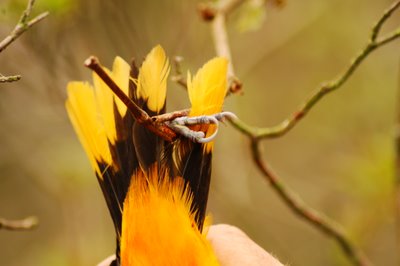 He ended up hanging upside down after an attempt to get away from us. Rick disentangled him, and after a brief inspection, released him. 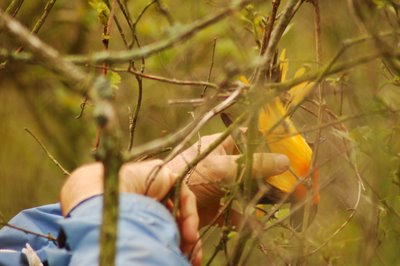 Here is one of the six Baltimore Orioles that came through the banding station today. 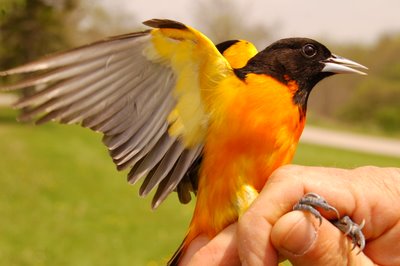 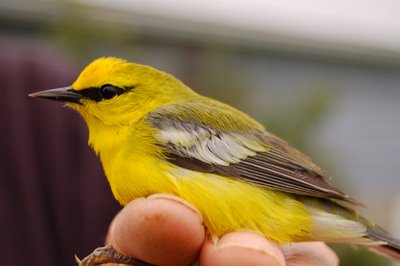 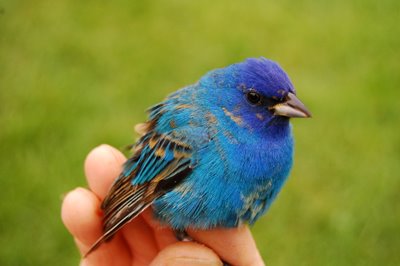 Notice the odd cloacal-protuberance-like growth on this bird. The bird is a female Rose-breasted Grosbeak, and we’re not really sure what that thing is. 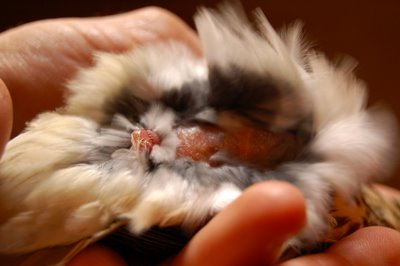 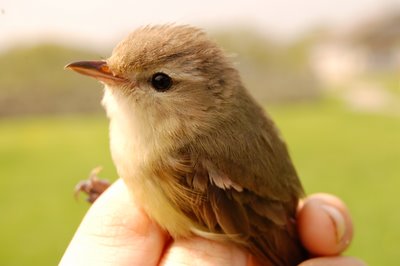 A male Downy Woodpecker(left), and male Hairy Woodpecker, for comparison. 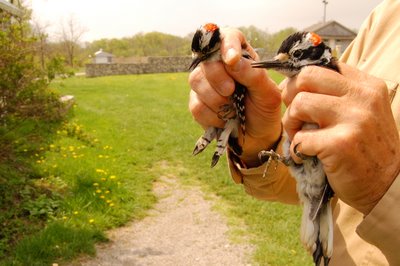 A male (right) and a female Yellow-rumped Warbler. 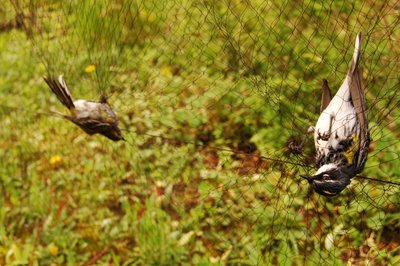 In the picture below, there are three Baltimore Orioles, all with arrows pointing to them. The lowest is a female, and the other two are male. 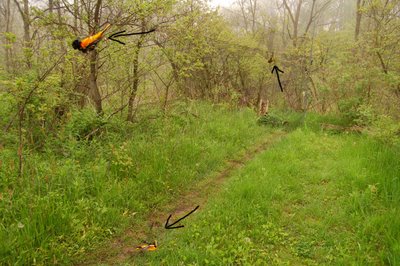 Another slow day at Selkirk, although a bit of an improvement over yesterday’s effort.

Selkirk’s top 10 so far this spring