An air of barely-concealed excitement pervaded the banding area this morning. The banders carried on like it was business as usual but even they had an extra bounce in their step. A new Ruthven record was within grasp. The previous high for birds banded in April was 597, achieved in 1999. Going into the morning we sat at 569. Fortunately, Ruby-crowned Kinglets and White-throated Sparrows, hearing of this chance for noteriety, flew in during the night en masse. By the end of the day we had banded a total of 34 and set a new record of 603 for the month of April (with yet another day to go!).

The day also brought the first Northern Waterthrush and Eastern Towhee of the year. 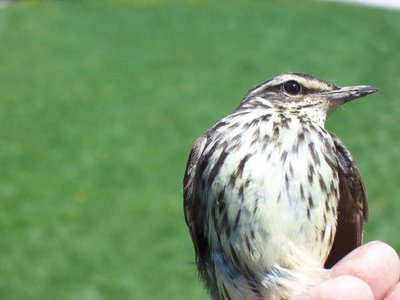 It’s always nice to have young visitors! (Shown holding a Ruby-crowned Kinglet, here, and a White-throated Sparrow in the next photo.) 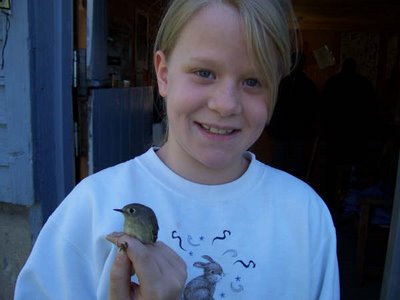 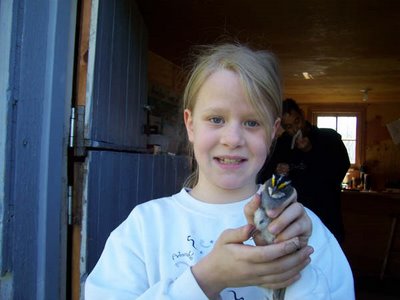 Clutch of duck eggs found by Linda Thrower beside the (quickly drying up) vernal pond below Net #8. 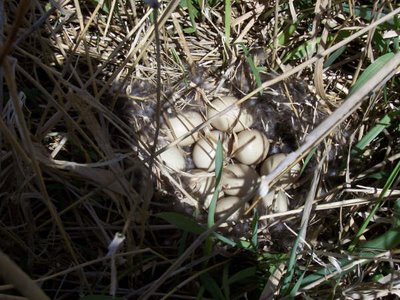 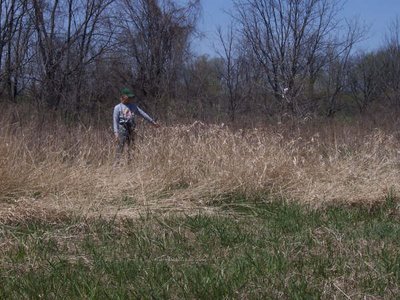 A VISIT BY THE THREE STOOGES!!! 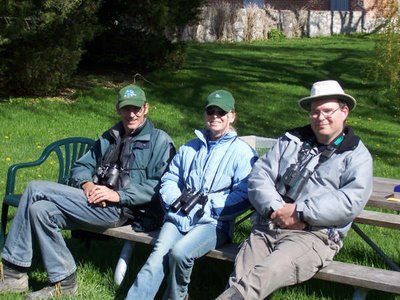 Pretty quiet opening this morning, little song and a lack of bird movement. When I got back to the banding lab the net by the trailer, which is the first net I open, had 10 birds in it! The next net north alone the hedge row had nothing. The first round produced 8 more new birds so it looked like it could be a decent day with about double the birds banded Friday. By 11:30 am a little over 30 birds had been banded and it was shaping up to be a fairly decent day. Started out at 12:30 to do last check. Mean while a mixed group of birds were working alone the west hedge row and would continue to filter into the banding nets. Instead of a fairly decent day ended up with a fairly good day.