The morning bird pattern of past couple days continued. A good number early in the morning with a notifable drop off starting about mid morning with few birds present in the mid afternoon. Over all a good day.

A day of much activity around the Ruthven banding station, at least with visitors if not so much on the banding front. There was even an international feel to the day as a couple from a village outside of Milan, Italy came for a visit. They escaped unbanded.

Despite many protests poor Rick was dragged kicking and screaming from the station mid-morning. There are rumours of correctional department involvement. Actually, there was a free meal involved and I regret to say it was our noble leader who suggested they get going, and indeed, it was he who led the way. Alas…

A number of new season sighting today. These were Baltimore Oriole (at the oriole feeder near the station), Rose-breasted Grosbeak, Gray Catbird, Bank Swallow, Black-Throated Green Warbler, and Eastern Meadowlark.

One of the AMGO was originally banded in September 2002 as an adult making her at least 5 years old.

A large snapping turtle was found in the valley below the station to complete the day.

Some photos taken today at Ruthven: 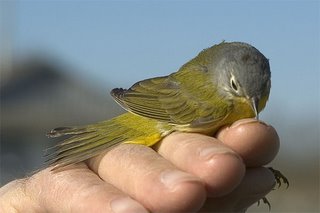 A female Blue-Gray Gnatcatcher, seen today at Ruthven. (This bird is female–notice that it is lacking an eyebrow stripe). 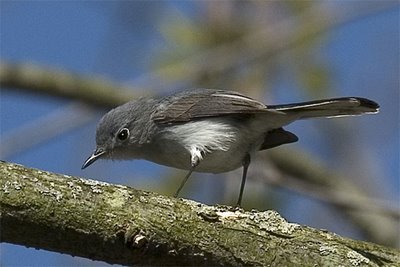 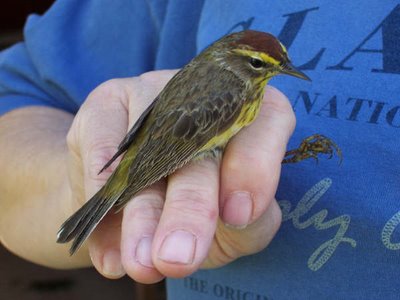 Brian and some visitors. 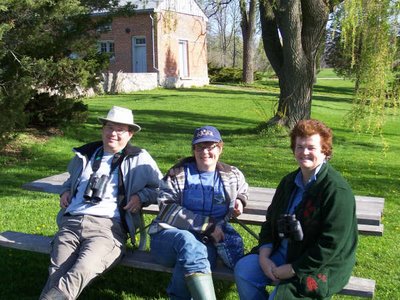 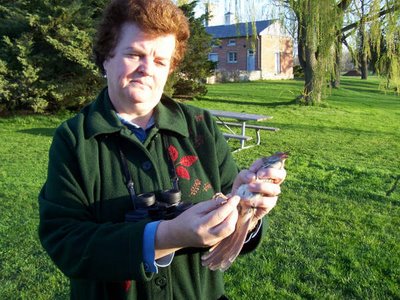 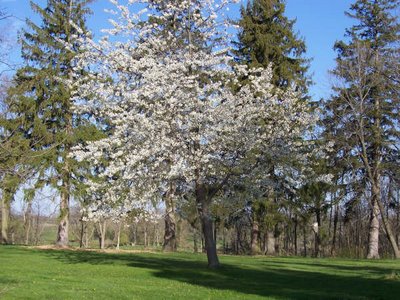